Written by troid.org admin on 01 September 2009. Posted in Centre News

The Prophet Muḥammad (may Allāh raise his rank and grant him peace) once prophesized: "Verily, this affair shall reach as far as the day and night reach.  Allāh shall not leave any house, whether made of clay/brick or animal hides, except that He has made this Dīn (Islām) to enter into it, honouring the honourable ones, disgracing the disgraced: an honour that Allāh bestows upon Islām; and a disgrace that He disgraces disbelief with." (Silsilatus-Ṣaḥīḥah, 3rd ḥadīth [narration], Vol. one; page 7, Imām al-Albānī)

Appeal for Daʿwah Materials for the the Carribbean

During this blessed month of Ramaḍān, we are appealing to the international community to support and important an noble cause. The Caribbean islands of Jamaica and St. Lucia are home to sometimes small and remote Muslim communities in need to daʿwah materials. Jamaica is home to a fastly growing Muslim community mostly comprised of local converts, outside of Trinidad, it has the largest Muslim population in the Caribbean and Islām has been widely accepted.  St. Lucia is home to a couple hundred Muslims, daʿwah efforts are active in the bustling port town of Castries and daʿwah materials have proven useful, lately, four young St. Lucian women accepted Islām in the countryside of this beautiful small east carribean island, by Allāh's permision.

Allāh the Majestic mentions in the Qurʾān,

“And whatsoever you spend of anything (in the cause of Allāh), He will replace it. He is the Best of those who grants sustenance.” [Qurʾān, Saba‘ 34:39]

The Prophet Muḥammad (ṣallallāhu ʿalayhi wa-sallam) said,
"Whoever calls to guidance will have a reward similar to the reward of the one who follows him, without the reward of either of them being lessened at all." [Related by Muslim (8/61)]

The following is an inventory of what we seek to collect in addition to some pictures of the two Islands and the Islamic presence there...

Did you Know: The Commonwealth of Dominica (one of last year's drives) has a population of only 70,000 people approx. despite its remote location, there are two Masjids and one Islamic Centre on the Island and approx. 300 local Muslims. You can read an article about Islām in Dominica here 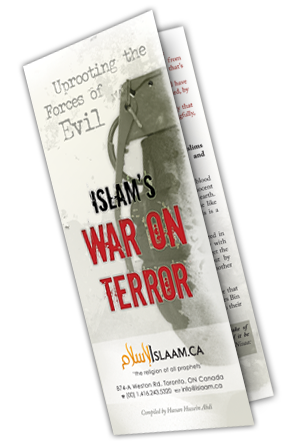 How can I help this noble effort?

c.    Type our email: This email address is being protected from spambots. You need JavaScript enabled to view it.

d.    Type in the amount you wish to donate

h.    Add the message 'TROID Caribbean Drive' and that’s it.

3. Send a cheque/money-postal order payable to 'The Reign of Islamic Daʿwah' and mailed to:

4. Drop off Cash in person (please use an envelope labelled 'TROID Daʿwah Drive'

We ask you for your assistance towards reaching this important goal.

“And those who give that (their charity) which they give (and also do other good deeds) with their hearts full of fear (whether their alms and charities, etc., have been accepted or not), because they are sure to return to their Lord (for reckoning).” [Qurʾān, Mu‘minoon 23:60]

No class this evening, we will continue with Kitab al-Tawheed tomorrow after ‘ishā’ prayer إن شاء الله

RT @hikmahpubs: Benefit from the senior scholars while you can, as they are leaders in knowledge, experience and wisdom. Al-‘Allamah Sali…

RT @mbbsouthphilly: Good News: Our brothers and teachers: Hassan Somali and Anwar Wright - may Allah bless them - will be delivering lectur…

RT @hikmahpubs: Fudayl b. ‘Iyād said: No one loves leadership except that they are envious, transgress, search for the faults of the peop…